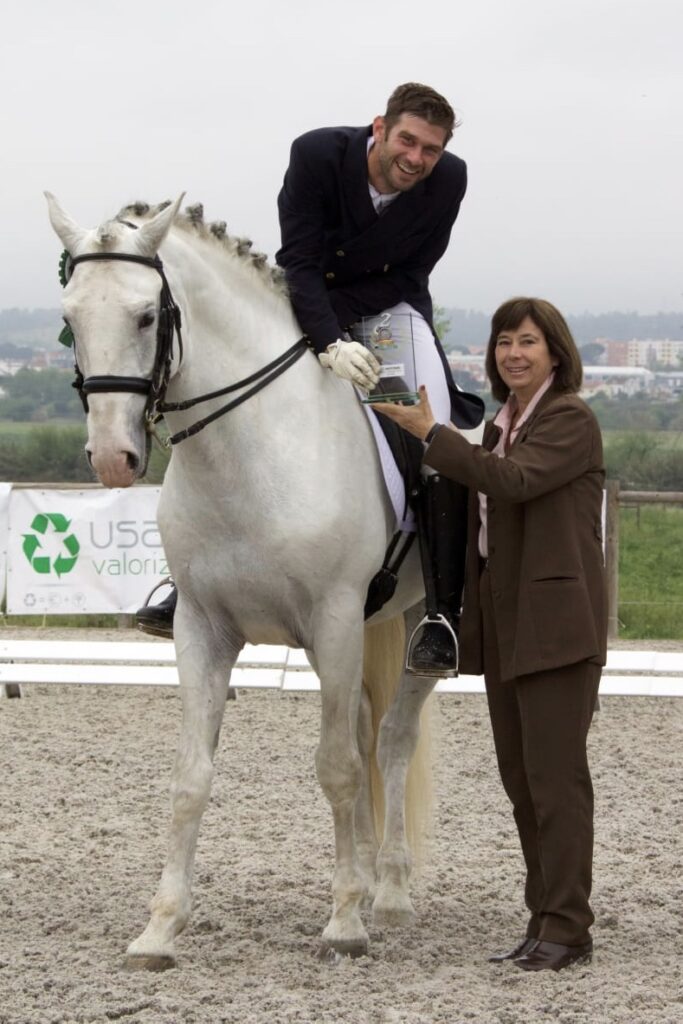 David Rafael Almeida Olsansky is in the squad of the portugal olympic team and is expected to compete in the 2024 olympics in Paris (Team B). He belongs to the team of Almeida-Lusitanos.ch.

David Rafael Almeida Olsansky was born in Lisbon in August 1988. Guided by an old family tradition of horse breeding, his contact with horses started in early life. He started riding at age 4 with his father, who’s biggest reference is the German master Frank Maevis.

By the age of 18, continuing the family tradition on horse breeding became David’s life project. His first step was a two-year internship with the Portuguese Rider António do Vale, after which he returned to Nisa to teach and compete with the horses from his family stud Coutadinha de Cima (CCR)

In late 2013, David met the Classical Master Marc de Broissia and his wife Kay Jagla, after selling one of his horses to Kay. The affinity to their way of working was immediate. Thoughts and ideas are exchanged regularly ever since.

Since 2014 David trains with Portuguese olympic rider Daniel Pinto, who in turn is the most successful student of Luís Valença, one of the last masters that worked alongside Master Nuno Oliveira.

Nowadays, David continues to teach his horses from the very first steps in dressage to Grand Prix level and with his stallions Feijao Frade and Fincape in the Top 10 of the Portuguese dressage ranking and team member of Almeida-lusitanos.ch. David trains with Daniel Pinto and Rodrigo Torres.